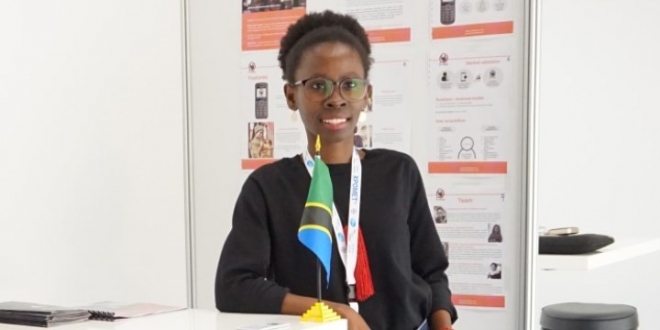 The call was made by Mariatheresa Kadushi, founder of a Dar es Salaam based—Mobile Afya Info firm—Mobile Afya, when responding to a question on why young people should care about NTDs.

The question was a result of presentation and discussions following a launch of two global campaigns End the Neglect and Youth Combating NTDs in Dar es Salaam last week.

Mariatheresa said that young people are the most affected by NTDs, and constitute a large number of the population, “so if they do not engage in the fight to end NTDs now, which trap communities in endless cycle of poverty and cost developing countries billions of dollar every year, come 2030, the effect of the NTDs will be mostly felt by them (young people).”

“Because we are the mainly affected group by NTDs, in Tanzania young people under 15 years old are 44% of the population and youth of 15 – 35 years old are 35% of the total population, if the effects of these diseases are not reduced and eliminated they will affect a huge a number of young people who live in poverty and have little or no access to healthcare,” Mariatheresa said.

She added: “As youth we can no longer stand and watch diseases that have affected our parents and grandparent continue to affect our generation as well, these diseases are preventable and treatable, so we want to take charge and drive the fight to create an NTDs free generation.”

According Mariatheresa, youth commitment is in the belief that, they are the generation to end NTDs using their innovative approaches, collective voices, cross-sector partnerships, creativity and unmatched drive.

“This is youth’s fight. Together with all partners involved and our leaders we will combat NTDs,” said Mariatheresa emphatically.

Youth Combating NTDs is designed to encourage the participation of young people globally in the fight to beat NTDs. The initiative will equip and strengthen young advocates and leaders with the necessary resources to amplify their voice and effectively shape policies, to end NTDs in their communities. As the digital space is key for mobilizing Millennials and Generation Z, youth plans to leverage social media to raise awareness of NTDs, and engage and activate the global youth community.