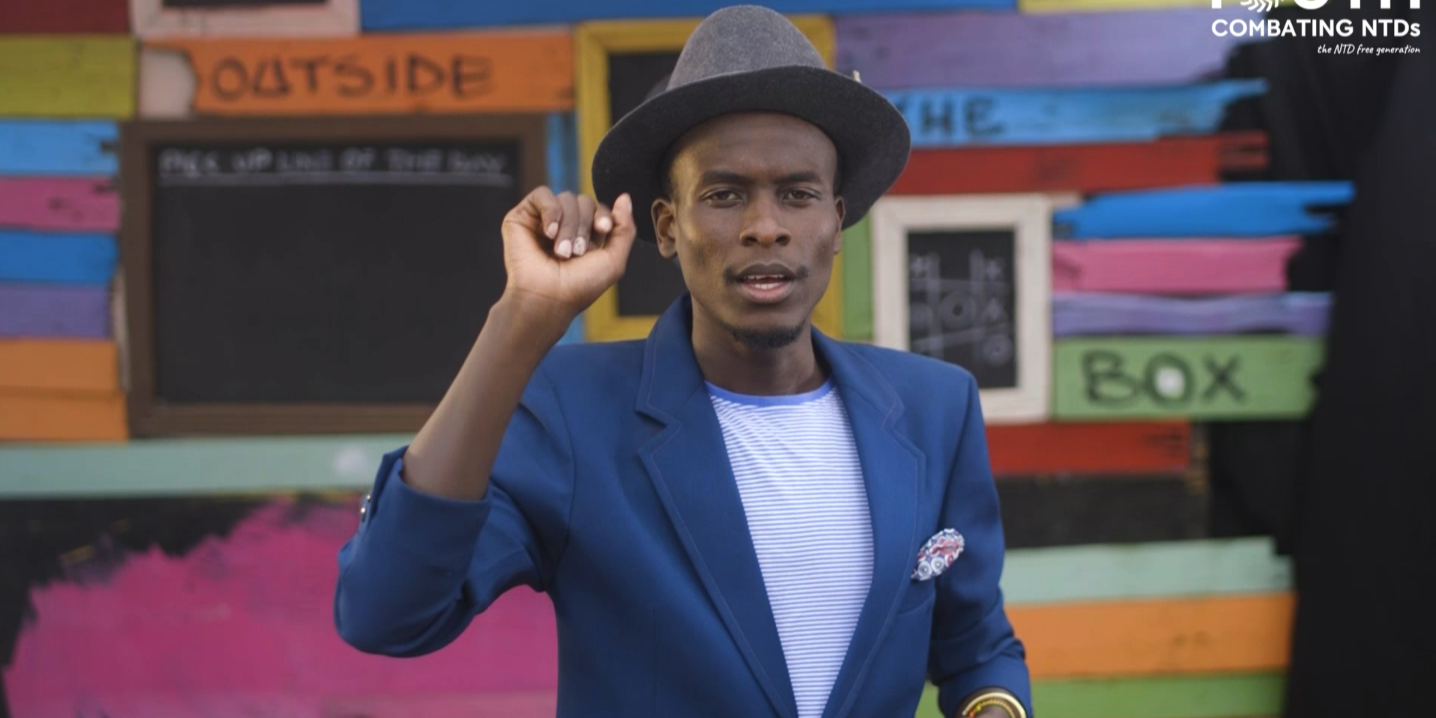 Mark Joshua Ouma, better known as Teardrops, joined speakers from the World Health Organization (WHO), government officials, NGOs and youth groups today calling on world leaders not to forget the fight against neglected tropical diseases (NTDs) – which affect one in five people on the planet.

The 29-year-old Kenyan poet based in Nairobi created a spoken word exclusive for the virtual event hosted by Uniting to Combat Neglected Tropical Diseases in London.

“I refuse to just stand and watch diseases with complicated names trying to complicate lives,” muses Teardrops in his piece. “I refuse to live in a world where politicians can go to the driest part of the continent to look for votes but not to distribute medicine.”

His spoken words featured as part of a global event calling on country leaders and policymakers to remember over 1.7 billion people affected by NTDs, and continue the commitment set out in the London Declaration eight years ago. It featured a special session by Youth Combating NTDs, which is where the lyrical message was played.

Youth Combating NTDs founder Gerald Chirinda is delighted that Teardrops has added his voice to the call.

He says: “As the largest demographic in the world, young people are also the largest at risk of being affected by NTDs. Young people represent a key constituent within the community, one that brings energy, innovative thinking and talent.

Youth Combating NTDs is a global community of young people who are fighting to end NTDs. This youth-focused and led initiative is designed to mainstream the participation of young people within the NTD community across all its activities.

We empower young leaders that are passionate about learning, with a view of being actively involved in the work of the NTD community in various capacities that range from advocacy to policymaking.

“Millennials can help to end Neglected Tropical Diseases and Teardrops is helping us to spread that message.”