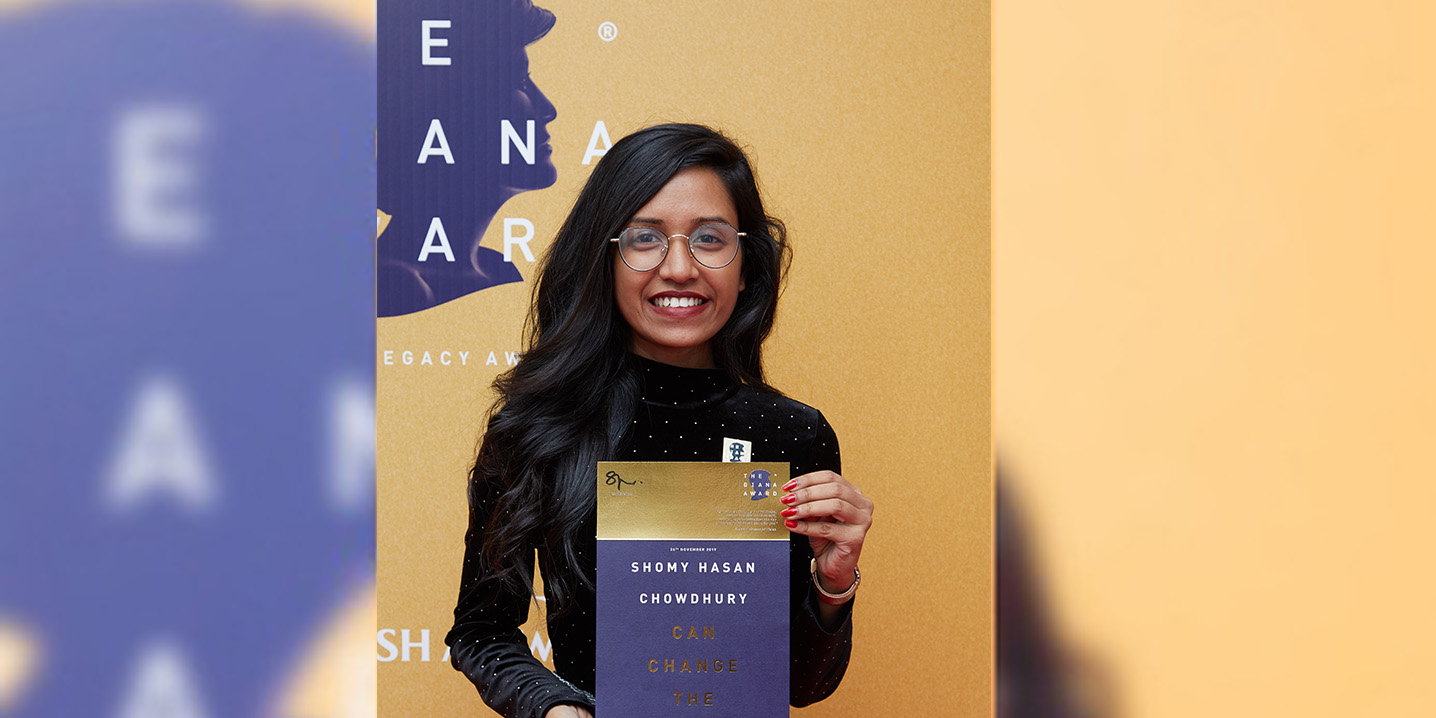 Shomy Hasan Chowdhury, from Dhaka, Bangladesh has been selected as one of just 13 young activists from across the globe forming the first ever advisory board at a youth-led organization to fight Neglected Tropical Diseases (NTDs).

The 26 year-old campaigner joins an impressive line-up of young talent which includes a scientist from Gambia, an anthropologist from the Philippines and an entrepreneur from Tanzania on the board of Youth Combating NTDs, a press release said.

One of the first orders of business for Shomy was to join the World Health Organization (WHO), government officials and a variety of NGOs as they called on world leaders not to forget the fight against neglected tropical diseases (NTDs) – which affect one in five people on the planet.   Shomy spoke at a virtual global summit organised by Uniting to Combat NTDs which is aiming to keep NTDs on the health agenda as world leaders and policy makers tackle Covid.

Shomy has already received much recognition for her social work, notably the President’s Volunteer Service Award (Gold) from President Barack Obama for her outstanding contribution to community service. Most recently she has become the first Bangladeshi to be awarded the 2019 Diana Legacy Award for her humanitarian work continuing Princess Diana’s legacy.

Shomy, a Water, Sanitation, and Hygiene (WASH) activist, says: “”Bangladesh needs to step up its efforts against NTDs. I believe that young people could be a driving force to help escalate that.”

Youth Combating NTDs founder Gerald Chirinda is delighted Shomy has been appointed to the board. He says: “As the largest demographic in the world, young people are also the largest at risk of being affected by NTDs. Young people represent a key constituent within the community, one that brings energy, innovative thinking and talent. Shomy has demonstrated passion and focus in her social work to date. She brings determination, knowledge and a clear vision of what she would like to achieve.”

He continues: “Youth Combating NTDs is a global community of young people who are fighting to end NTDs. This youth-focused and led initiative is designed to mainstream the participation of young people within the NTD community across all its activities. We empower young leaders that are passionate about learning, with a view of being actively involved in the work of the NTD community in various capacities that range from advocacy to policy making.

“Our mission is to build an effective global community of youth who are fighting NTDs, by equipping and strengthening young advocates and leaders with the resources that amplify their voices and influence in innovating and shaping policies that will end NTDs in their communities.  Millennials can help to end Neglected Tropical Diseases and Shomy will help us to spread that message.

“We are asking people to join the global pledge at #EndTheNegect”